December 06, 2019
The course is over or also most over with the completion of Release 0.4. So the basic idea of this release is the same as release 0.3; we are to choose two projects to work on, one of them has to be an internal (telescope) and an external (Ecommerce-Website). Having gotten used to working with such a big group on the previous release has made it easier to work on this release with minimum problems. So let's get into it.

So the problem that was going on was that the API that is being used to log data for the application has all the level aspect of it in lower case but there are some cases whereby a user will type in the required level for a piece of specific information and have either a character or all characters of the word in uppercase and the API will throw an error. 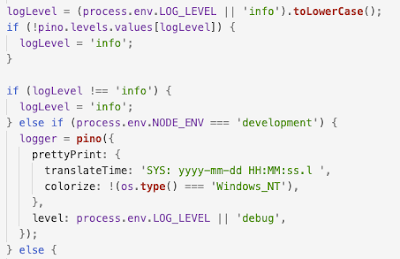 To fix I created a local variable call logLevel to hold the data coming from process.env.Log_Level which was stored in an env.example file and convert it lowercase, but I run into a problem that I hadn't foreseen. When a  member of this "telescope team" creates a pull request their code tested by a third party application called circle ci and Travis. Well, when I create my pull request one of the testers showed me an error "undefined".  The problem was on the master on GitHub the env.example file the log_level is empty so I had to find a workaround for it. I also made sure that the user could type in other levels of the Pino API without receiving an error.

During the course of this course DPS909, I learn many things that I needed in other to complete a pull request. One of the many things a learned was how to use Vue.js and for my final external release for this course, I decided to learn more about it.  So I chose an external that required me to go in-depth when using  Vue.js for it to work. So I chose an issue where the author wanted to create a version of an e-commerce website but using Vue.js. During this issue, the most problem I had with it was routing or re-rerouting to pages from another because I couldn't just do it the same way a normal HTML page. I couldn't redirect to another page using its name even though they were in the same folder. 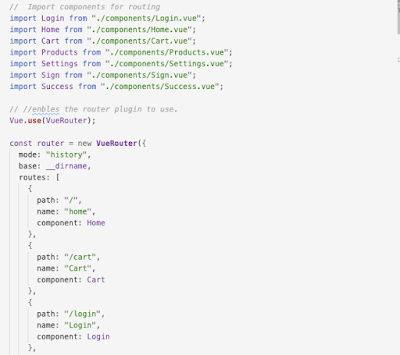 So I created a new javascript file and placed all the paths to each web page in there, export it and import it in the main.js create by the Vue.js CLI. One of the problems I had with this was I was using the newest version of Vue.js at that time and all videos, some blogs, and other insightful pages were using the old routing system/or format. So it was a bit hard to look for what I needed but when I found it, I was able to complete the issue and create my pull request.

Popular posts from this blog

September 22, 2019
For the first release for this program is based mine on the web application created by Miguel R., for lab 2.  The changes that I had to make were related to user functionality. I made it easier for a user to know where its was editable and added the ability to count the words in the area.

When I first laid eyes on the web page code, I dint know what I could add to make it more functional, because from my perspective the create meet the requirement of the Lab 2. So I was stomped, until I remembered in one of my Html course that was are to create web pages that allow the user to use it with minimum brainpower. Meaning the user show know what to do or where to go just by looking at the web page.

Therefore I went through my personal checklist to see if the webpage meets the minimal brainpower checklist and I found out that because there is a distinction between the background color of the webpage and content editable area. It could be confusing for users to use, so I made it easier to reco…
Read more 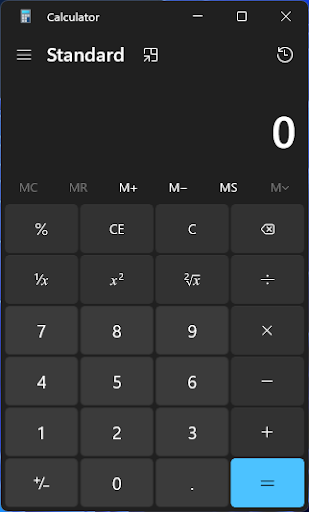 Information:From the first look, it appears to have a new modern look.  It comes with the old standard operations, as well as improved Scientific Calculator functionality, Currency conversion (based on data from Bing), etc. More information about this app could be found on the GitHub link.  It's written in Cpp and C#.
Why you found it interesting?When I found this project trending on the Github I was wondering what else could be added onto a calculator app? The reason I found this particular app interesting is from reading the roadmap on the GitHub site and looking that the idea the Microsofteam where plaining or suggesting on the open-source community to help improve their product.
Read more

From the beginning to now; of taking DPS909, release 0.3 has been the most frustrating period. This doesn't have anything to do with writing code or with issues, no. The most frustrating has to be waiting for my issue to be reviewed and watching my code have a conflict with what is in the master on gitHub.

Backtracking for a bit, the main idea of release 0.3 is to have two pull requests, one has to be internal and one has to external. The internal was to have any improvement in our course's blog feed website; planet cdot. The external had to be an issue we found on GitHub like before expect it had to have a more meaningful contribution.

Internal The issue I chose to solve was to find a way to have the website be able to translate the text into any language. To find out how to find a way to solve this issue I turn to my favorite helper google. I found some sample code that does what I need perfect but it was powered by google. What I later found out google stopped supplying t…
Read more